Call to Artists: The Wish Flag Project's "Art Against Violence" - Deadline to submit is December 12 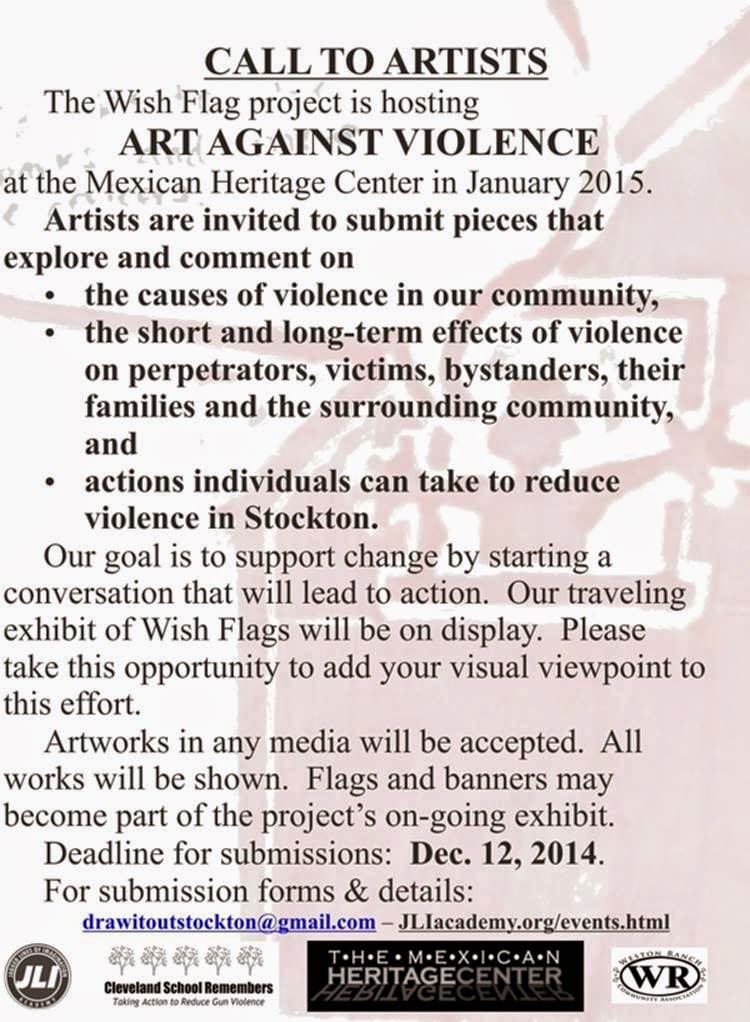 Posted by Carol Harper, Community Media at 6:11 AM No comments:

Molly Kohlscrheiber is featured artist for December at Gallery 10


A reception in Kohlschreiber’s honor will be held at Gallery 10, 15 Eureka St., Sutter Creek, on Saturday, Dec. 6th, 2-5 P.M.  Delectable treats will be provided by Susan’s Place. Unfortunately Molly’s health will prevent her from being present at the reception, but she hopes you will come to enjoy seeing her work.


Now in her mid-seventies, Jackson resident Kohlschreiber has spent her entire life devoted to art, with the longest time spent as an art instructor at Victorville Valley College, in Victorville, CA, where she shared her expertise for 30 years, and she was chair of the art department by the time she retired and moved to Amador County.


Kohlschreiber is a signature member of Watercolor West, an associate member of Horse Artists Association, and has conducted workshops in several western states.  She has been a juror for many major exhibitions.  She has exhibited in many galleries and has had numerous one-person shows.


In recent years Molly has done two projects of a religious nature, called “Hands1” and “Hands2.”  These are small square acrylic paintings of hands shown in the Stations of the Cross.  The “Hands 2” paintings are currently on display at the St. Katherine Drexel Parish Center in Martell. 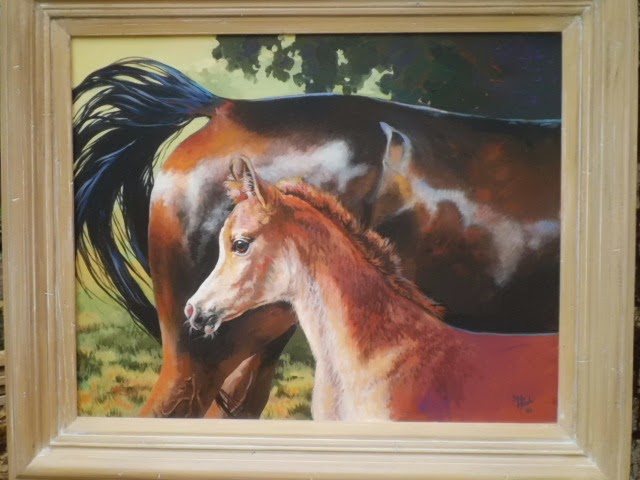 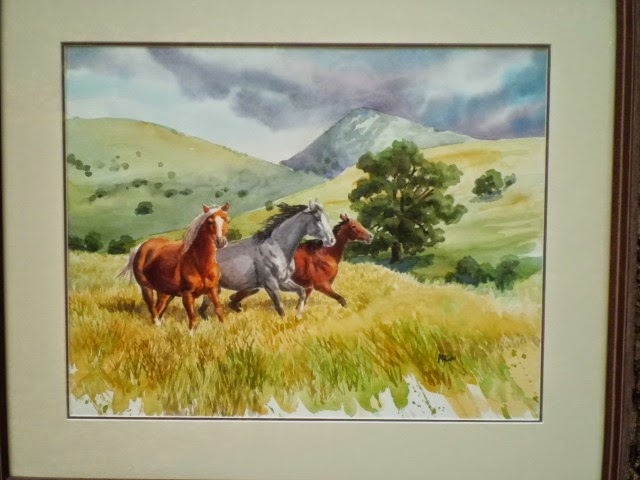 Posted by Carol Harper, Community Media at 6:02 AM No comments:

Conditions of Entry: One image of each entry must be entered via our on-line system – “Smarter Entry”-, found on our web site www.lodiartcenter.org  It must be JPEG and PC compatible.

Acceptance notification will be via e-mail and online. For questions or clarifications contact Charlene Martin at Charlene.i.martin@gmail.com

Rules of Entry into the show available at www.lodiartcenter.org
Posted by Carol Harper, Community Media at 5:22 AM No comments:

A painting that has inspired thousands in Europe, America, and even China will be on exhibit at the Sutter Creek Gallery during the month of December. This painting by accomplished California watercolor artist, Randy Klassen, is considered his best. It was inspired in 1981 by the idea of how “child-like faith can open the biggest door.” 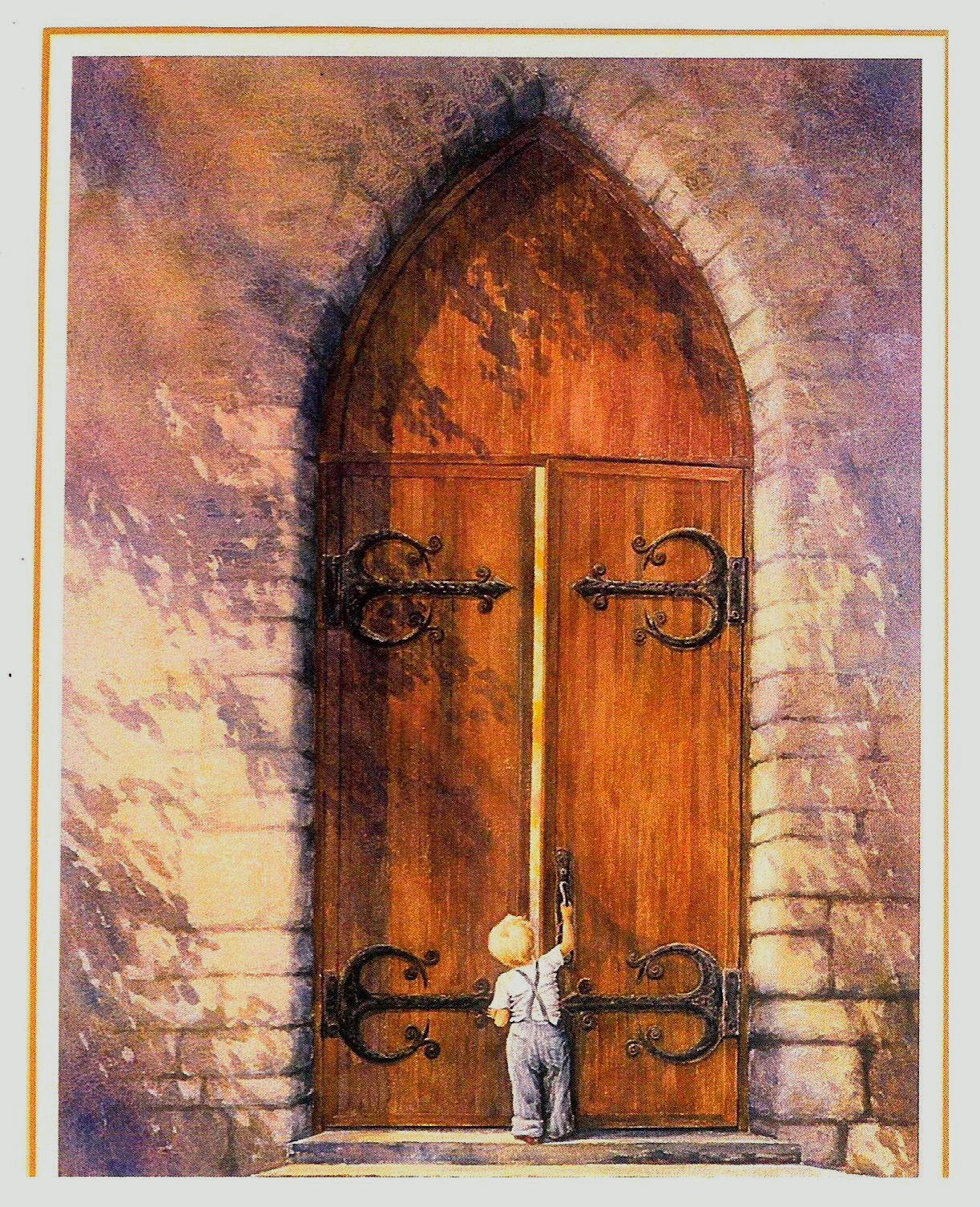 An edition of 750 quality lithographs was immediately run off and found their way into homes, schools, churches, hospitals, retirement homes, and restaurants. One copy was even acquired by the Vice Mayor of Guangzhou, China, in 1984 when Klassen’s work was part of an exhibit of American artists on a cultural exchange in China that year. All lithographs have now been sold.

In 1999 the Mainstay Publishing Company in Chicago used this painting for a cover of their Advent Calendar which went to 1000s of homes and churches in Canada and the U.S.A.

The original has won significant awards in juried shows in San Francisco and Berkeley, California, as well as in Chicago, Illinois, and other cities.  This painting, titled “To Such Belongs the Kingdom of God,” has touched a great many hearts.  Various evaluations have been made by critics and gallery owners ranging as high as $30,000.00.  Klassen is now ready to give this painting a new home for $7,500.00.

Inspiration and challenge are what get the watercolorist motivated. “I like the design I find in detail,” he said, and it takes time to capture the relevant features that make his images so realistic. “My hope is that the finished work demonstrates to the viewer some of the original inspiration that got me started.”

Klassen has created art since the age of six in a variety of media: pencil, pastel, oil and acrylic, but always returning to his favorite medium, watercolor. For many years, painting was only an avid hobby until 1981 when he devoted full time to his art. He has received significant awards in San Francisco, Palm Springs and other cities, but his greatest satisfaction “comes from those who find my art a source of inspiration and joy.”

In 1981, Klassen and his wife were among 14 US. artists selected for a cultural exchange to China. Their work was exhibited in Guangzhou while they toured galleries, shared with Chinese artists and painted across the land for one wonderful month. In 2012, the Klassens moved to Calaveras County and he now makes the beautiful subjects of California his primary artistic focus. Recently he completed works of historic significance in Calaveras County. Klassen was accepted as a finalist for the River Reflections Arts Project and will be working on a watercolor featuring the Mokelumne River.


Sutter Creek Gallery invites you to meet Randy Klassen at the reception in his honor on Saturday, December 6, from 4 to 7 p.m., as part of the region’s First Saturday Art Trek. He is one of 30 local artists exhibiting at the cooperative located in the heart of Sutter Creek at 35 Main Street. The gallery is open Sunday, Monday, Wednesday and Thursday from 10 a.m. to 5 p.m., Friday and Saturday 10 a.m. to 6 p.m. For additional information, call 209-267-0228 or email suttercreekgallery@gmail.com 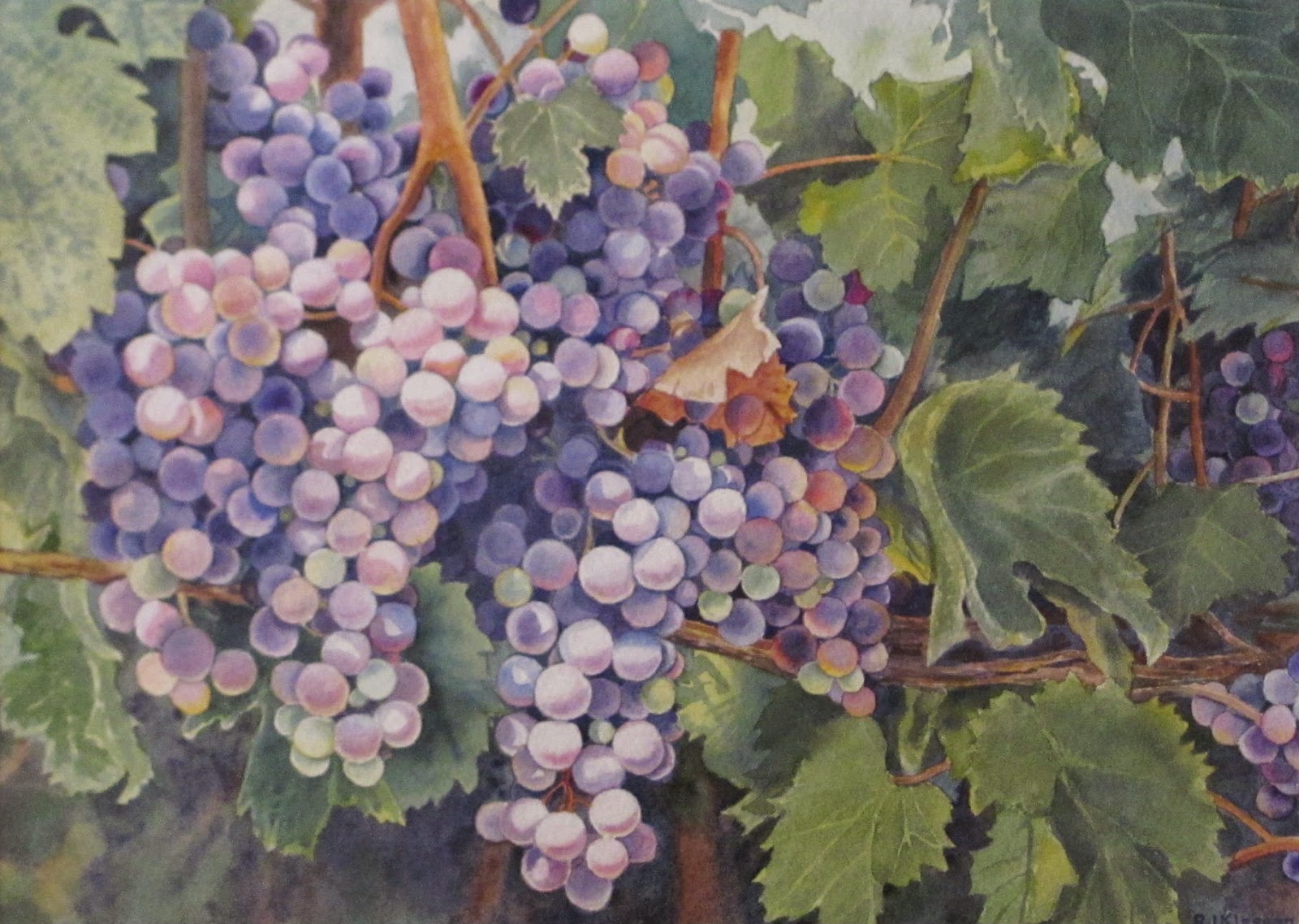 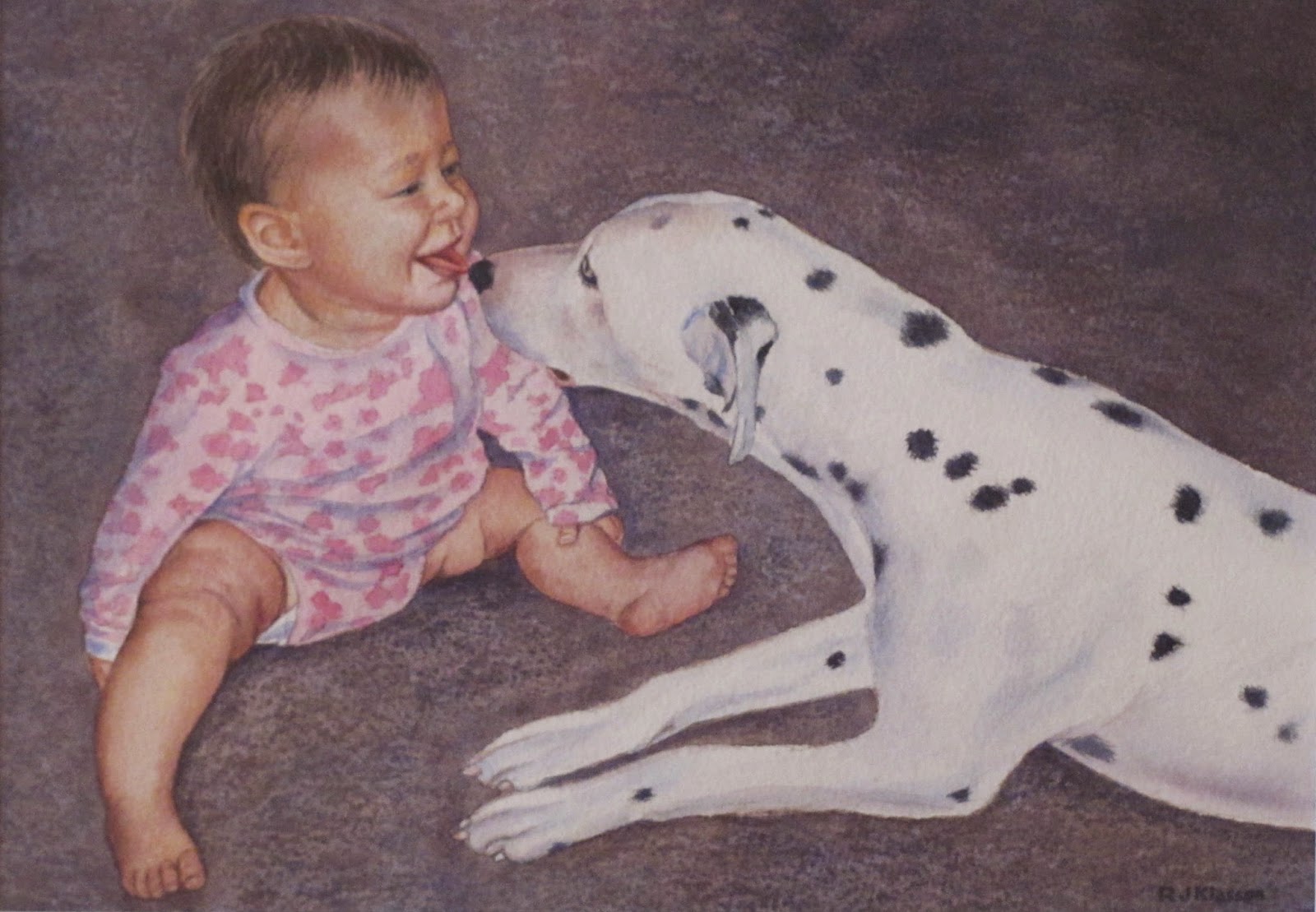 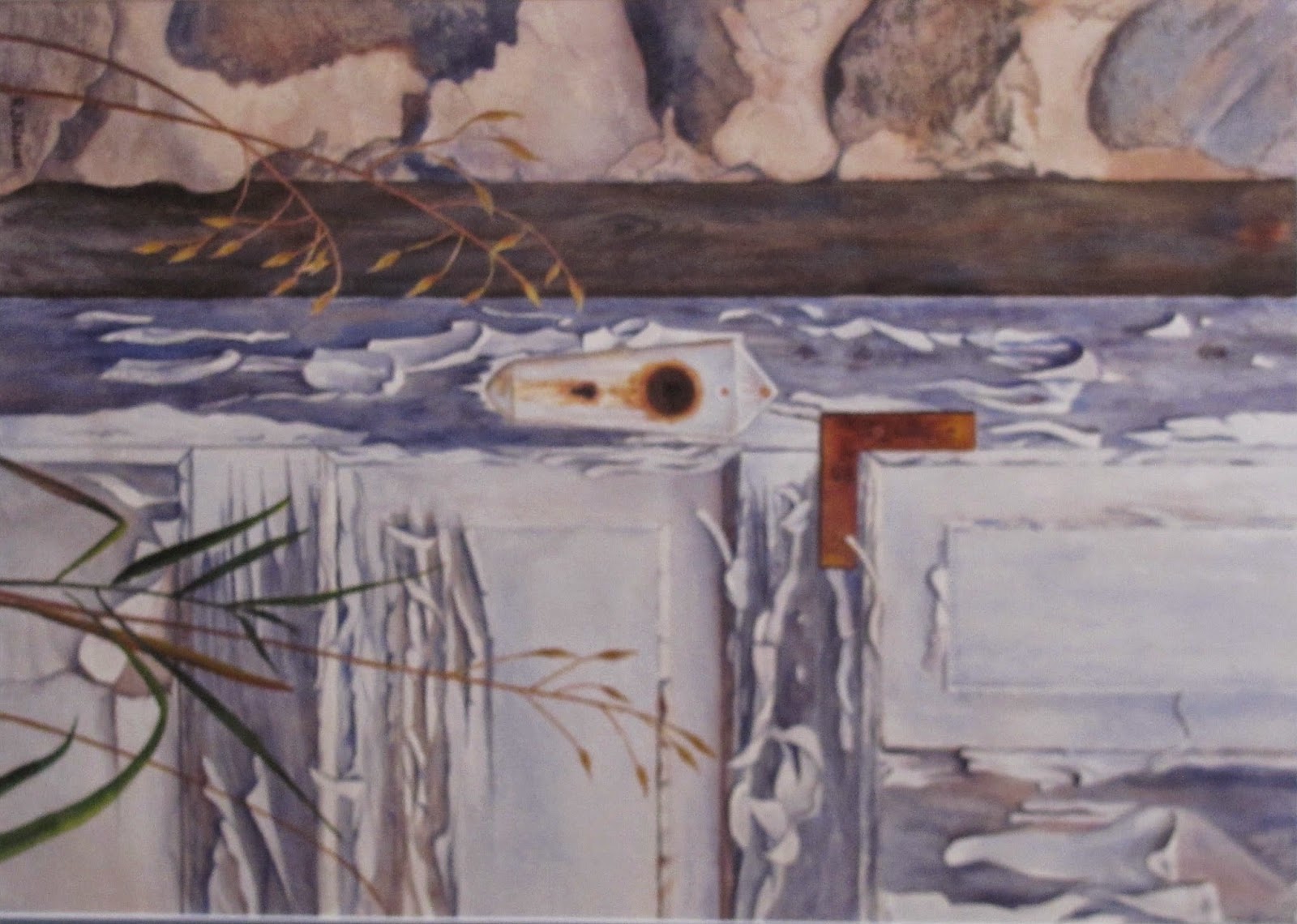 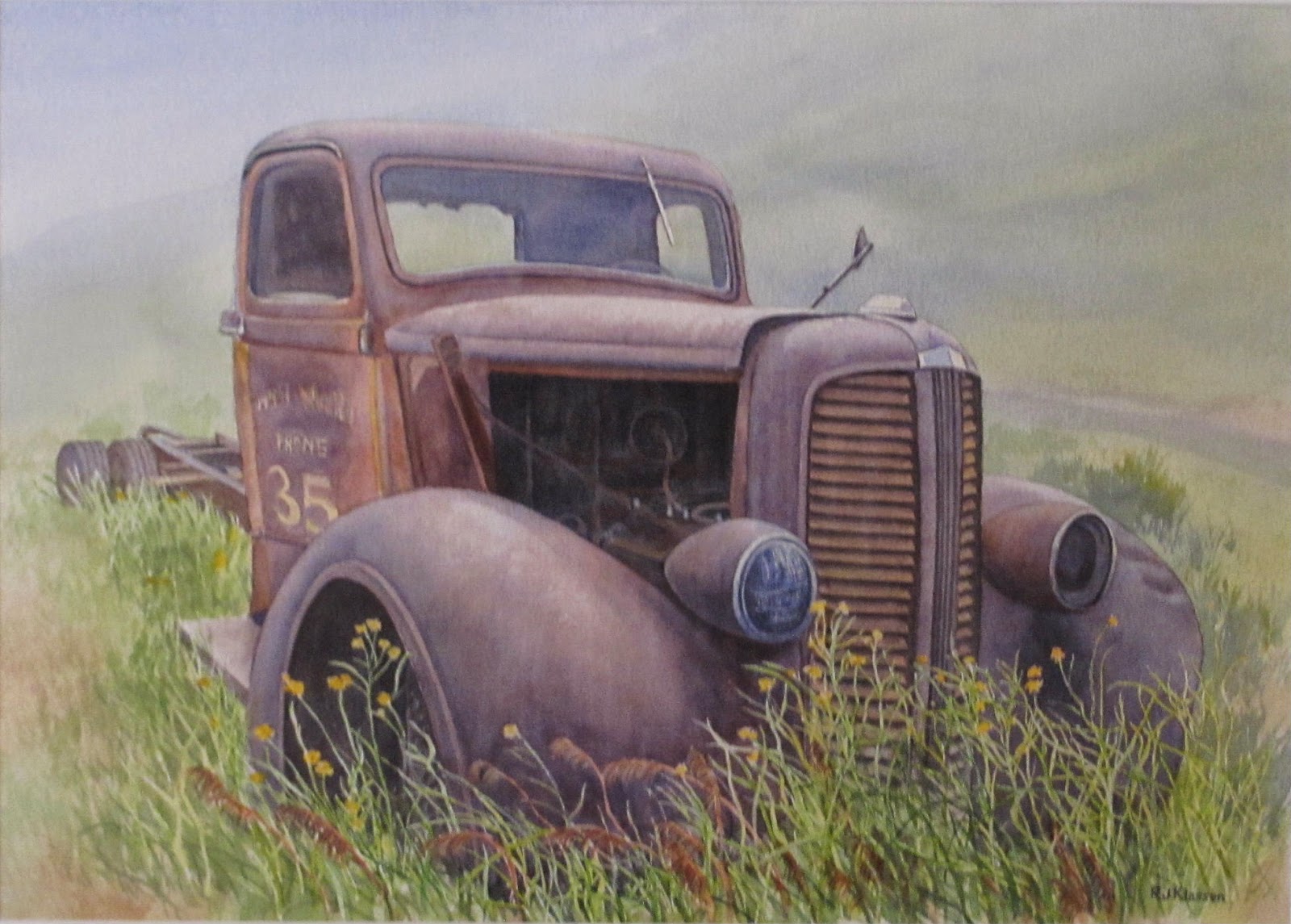 Posted by Carol Harper, Community Media at 5:45 AM No comments: