On April 8, Cynthia Dunn-Selph demonstrated encaustic painting at the meeting of the Amador County Artists Association.  She layered clear beeswax and pigmented waxes while embedding various found objects in between, creating a composition with depth.  This technique requires a rigid and absorbent surface such as birch cradles, clayboard, or raw wood.  Her palette consists of an electric pancake griddle for keeping the waxes between 180 and 220 degrees.  Between layers she works with a heat gun for fusing layers, incising the wax and embedding objects.  The finished encaustic shows the range of items that can be added to the artwork.  Contact Cynthia at dunnselphc@yahoo.com to learn more about this technique.
There will be no demo at the next meeting on May 13 as Sharon Galligan will be critiquing artwork for the fair. Members are encouraged to bring one or more pieces to get an expert opinion prior to entering the fair in July. 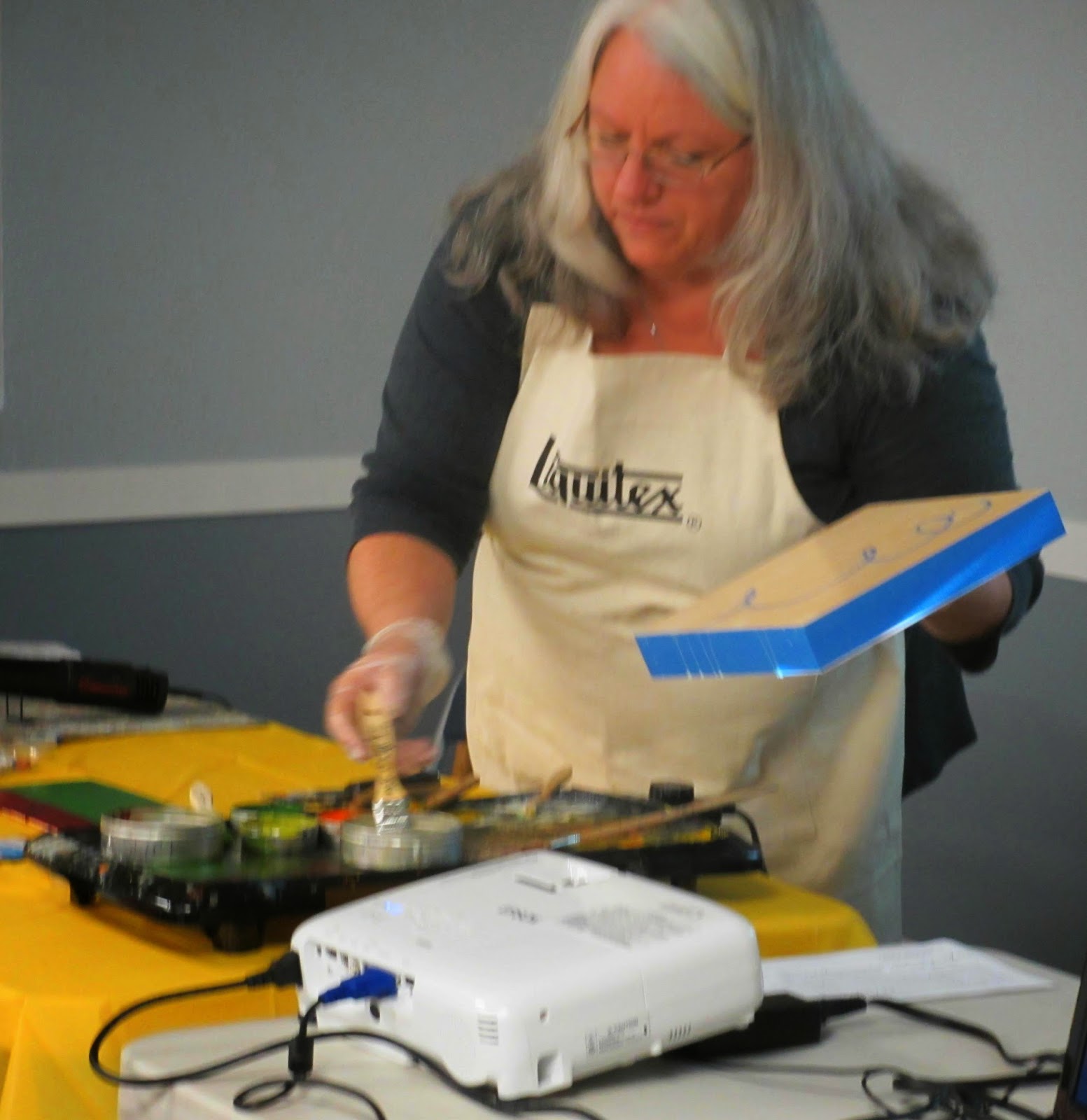 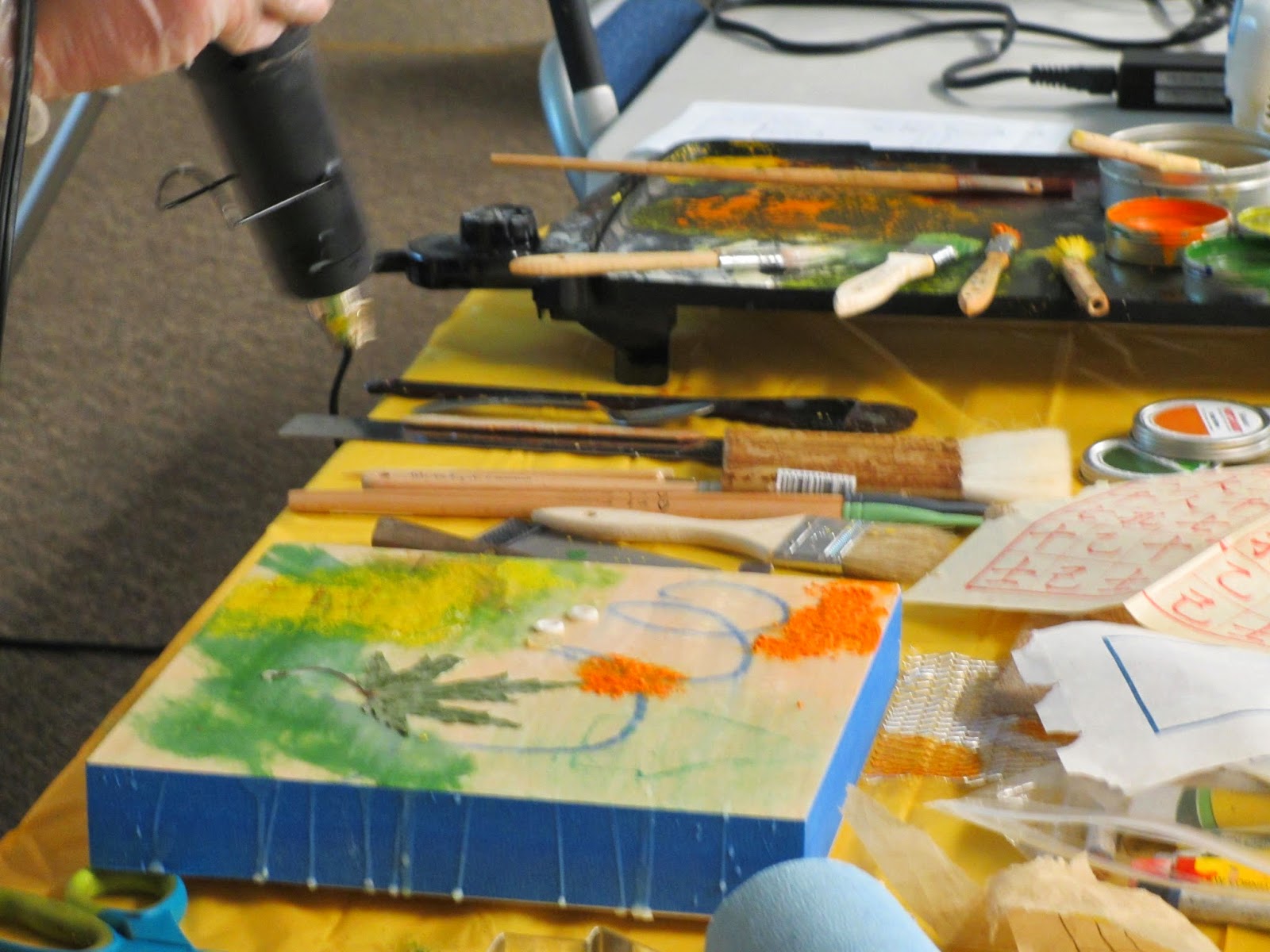 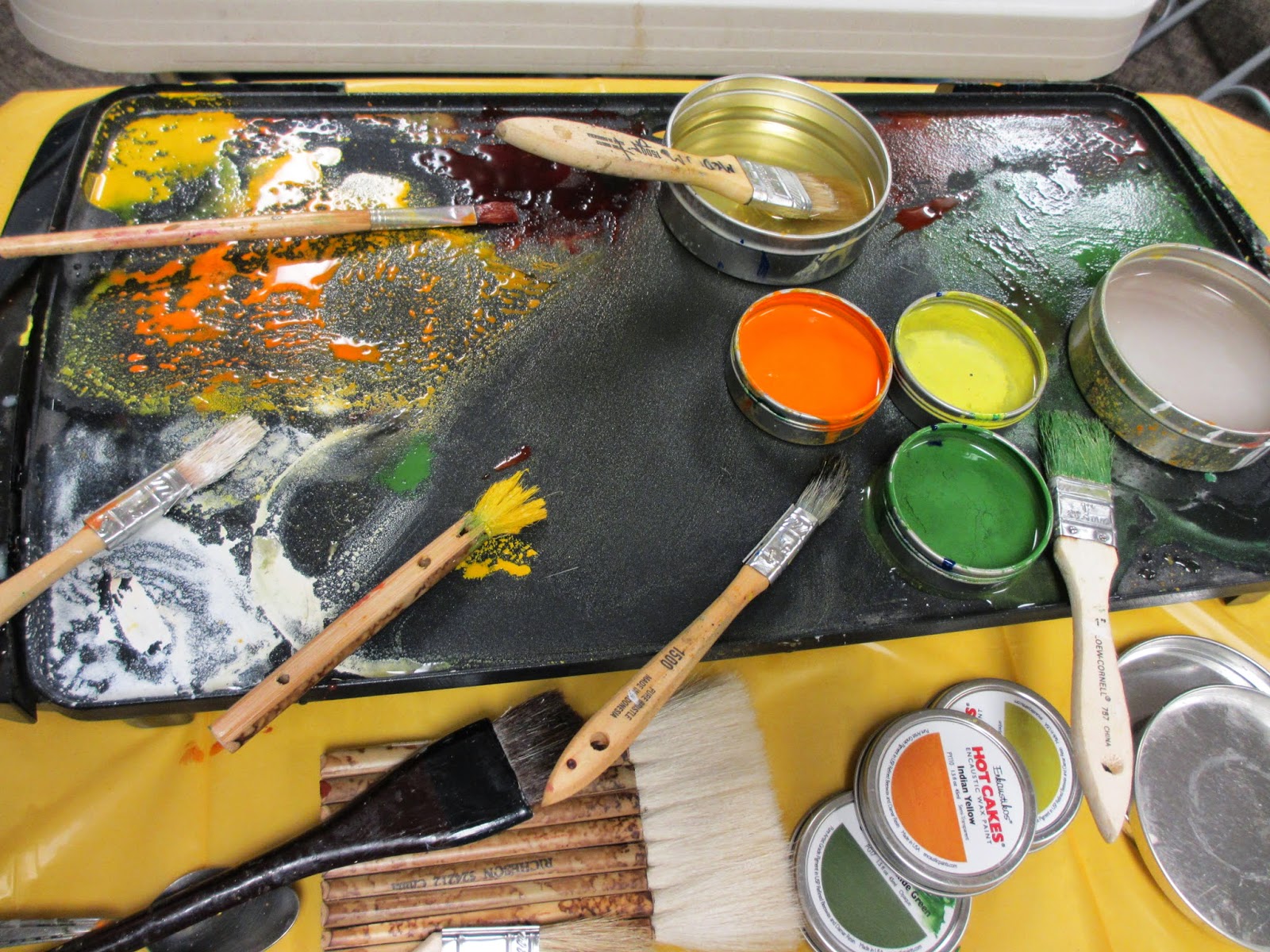 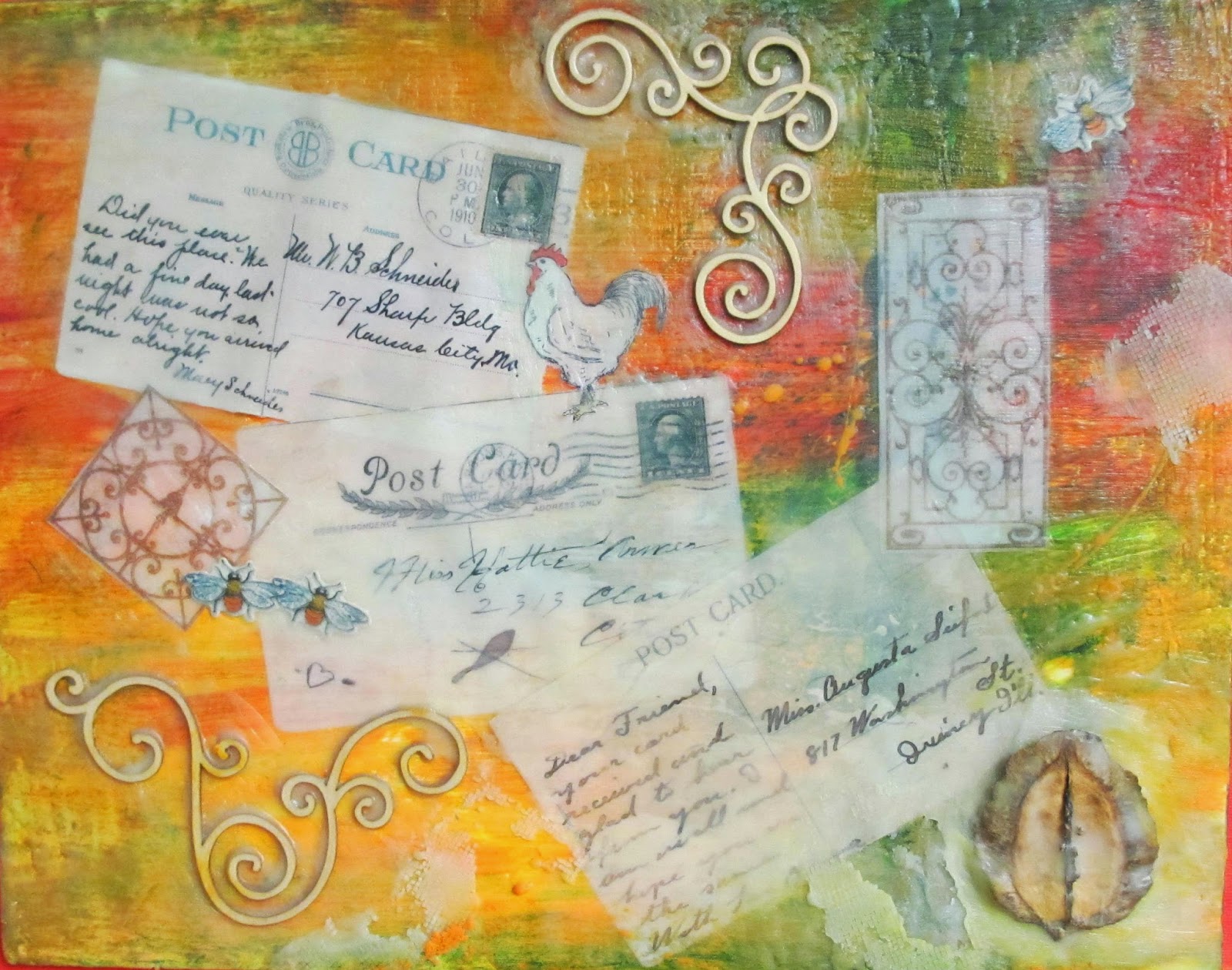 Posted by Carol Harper, Community Media at 6:57 AM 1 comment:

Photographer Nancy O’Gorman specializes in capturing vignettes and scenes in and around Sutter Creek and the wine country.  She calls the project "Sutter Creek Treasures".

"There are so many charming, historical buildings to capture downtown," she says, "and how can you beat the beauty of these foothills?"  O'Gorman is the featured artist for the month of May at the Sutter Creek Gallery.

Most of O’Gorman's images are shot using HDR (high dynamic range), a technique that uses three different exposures blended together to capture detail in both highlights and shadows in color digital, making the colors pop.  She also favors images in black and white and often these are of the Sierra Foothills with moody fog and stark trees.

O’Gorman is a native of San Francisco and has been photographing people, places, and things since 1972, when she studied photography under Marion Patterson at Foothill College in Los Altos Hills.  Her father John Gorman was her best inspiration; he lived in Sutter Creek from 1995 to 2005 after retiring from the “San Francisco Examiner” as a 35-year staff photographer.  O’Gorman has worked as a photojournalist and freelance photographer and has been published in several newspapers and magazines over the years.  Her favorite photographic activity is taking pictures of Sutter Creek scenes.

Sutter Creek Gallery invites you to meet Nancy O'Gorman at the reception in her honor on Saturday, May 2, from 4 to 7 p.m., as part of the region's First Saturday Art Trek.  She is one of the local artists exhibiting at the cooperative located in the heart of Sutter Creek at 35 Main Street. Besides original paintings, Sutter Creek Gallery offers many affordable items including prints, cards, jewelry, gourds and fiber arts. The gallery is open Sunday, Monday, Wednesday and Thursday from 10 a.m. to 5 p.m. and on Friday and Saturday from 10 a.m. to 6 p.m. For more information, call (209) 267-0228, email suttercreekgallery@gmail.com or visit www.suttercreekgallery.com.

Posted by Carol Harper, Community Media at 6:50 AM No comments:

Aaron Bullock was born in Eureka, Calif., and began his junior year of high school in San Jose, Calif.  Finishing his education in San Jose, he did his military commitment and found his lifetime career in the fire service. Wearing different hats in his 32-year career, he taught fire science at the CDF Academy and was an arson investigator for years.

Upon retiring in 1996, he became involved in wood carving. He finally found his favorite medium in gourds a little over four years ago. He now serves as president of the local gourd artists group and is active in gourd art promotion statewide.

You may notice his variety of subjects with his special passion being nature and Native American history. It is common to find more than one medium in his work. His artwork has been very successful in top gourd art competitions. 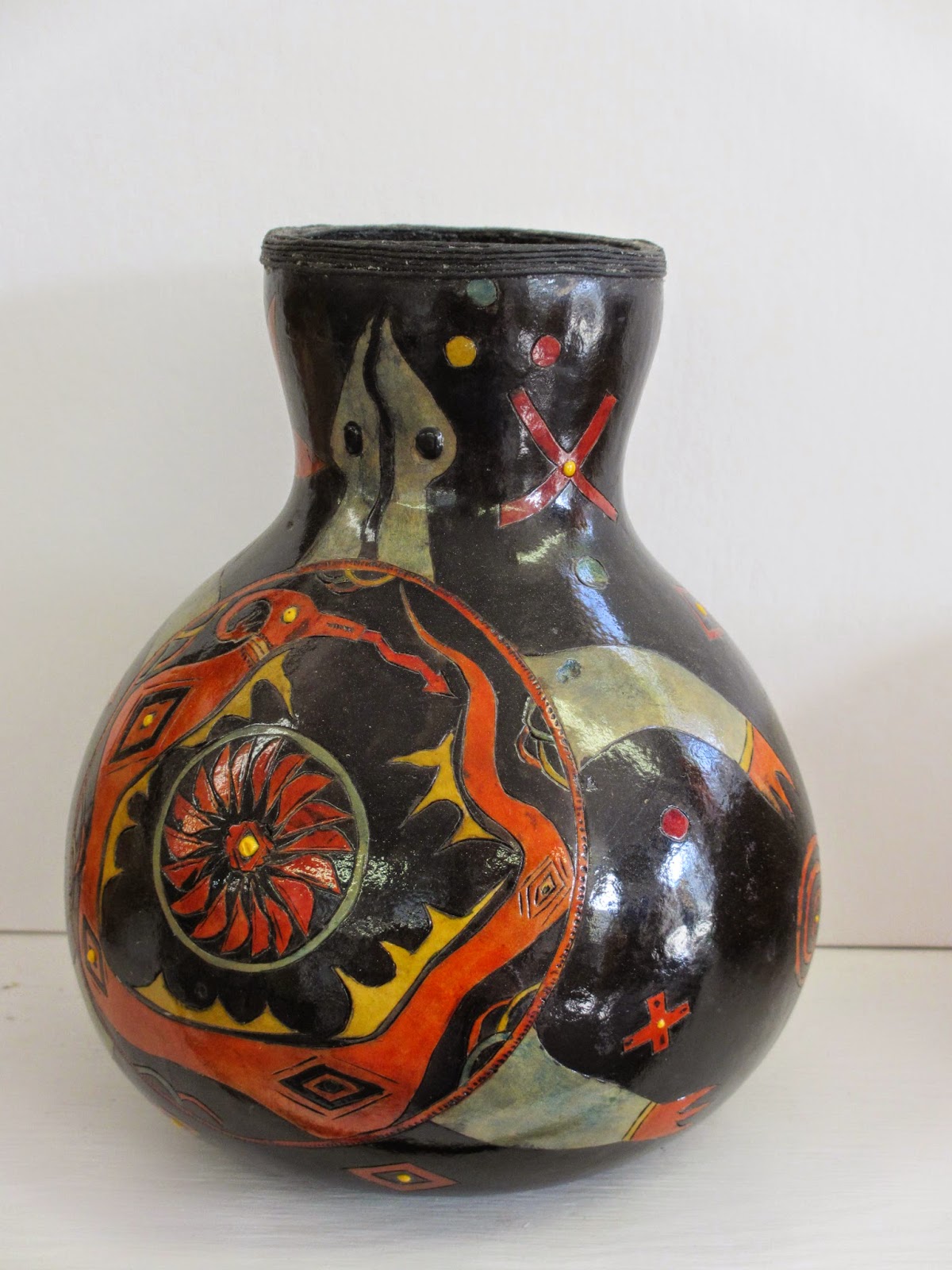 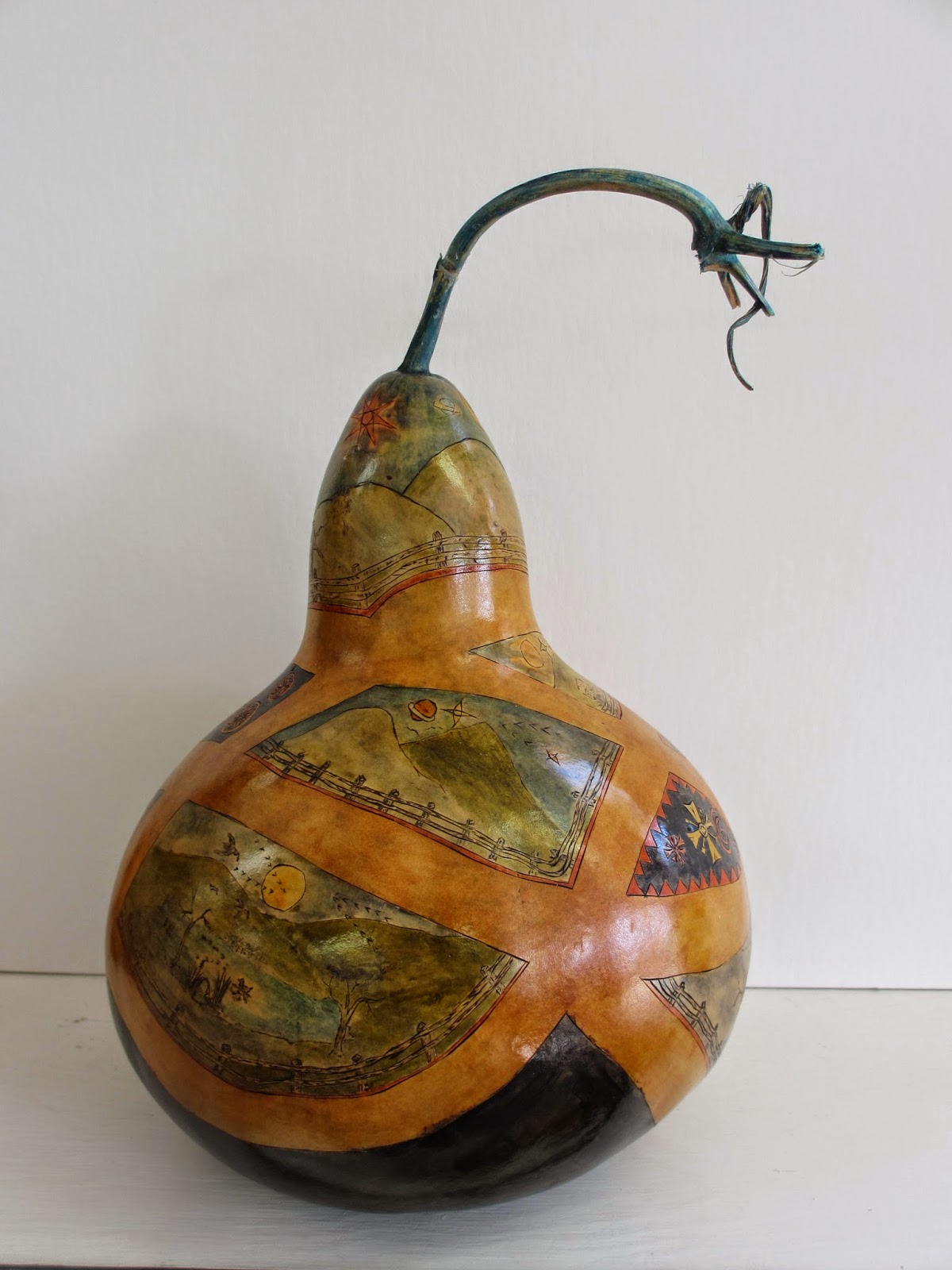 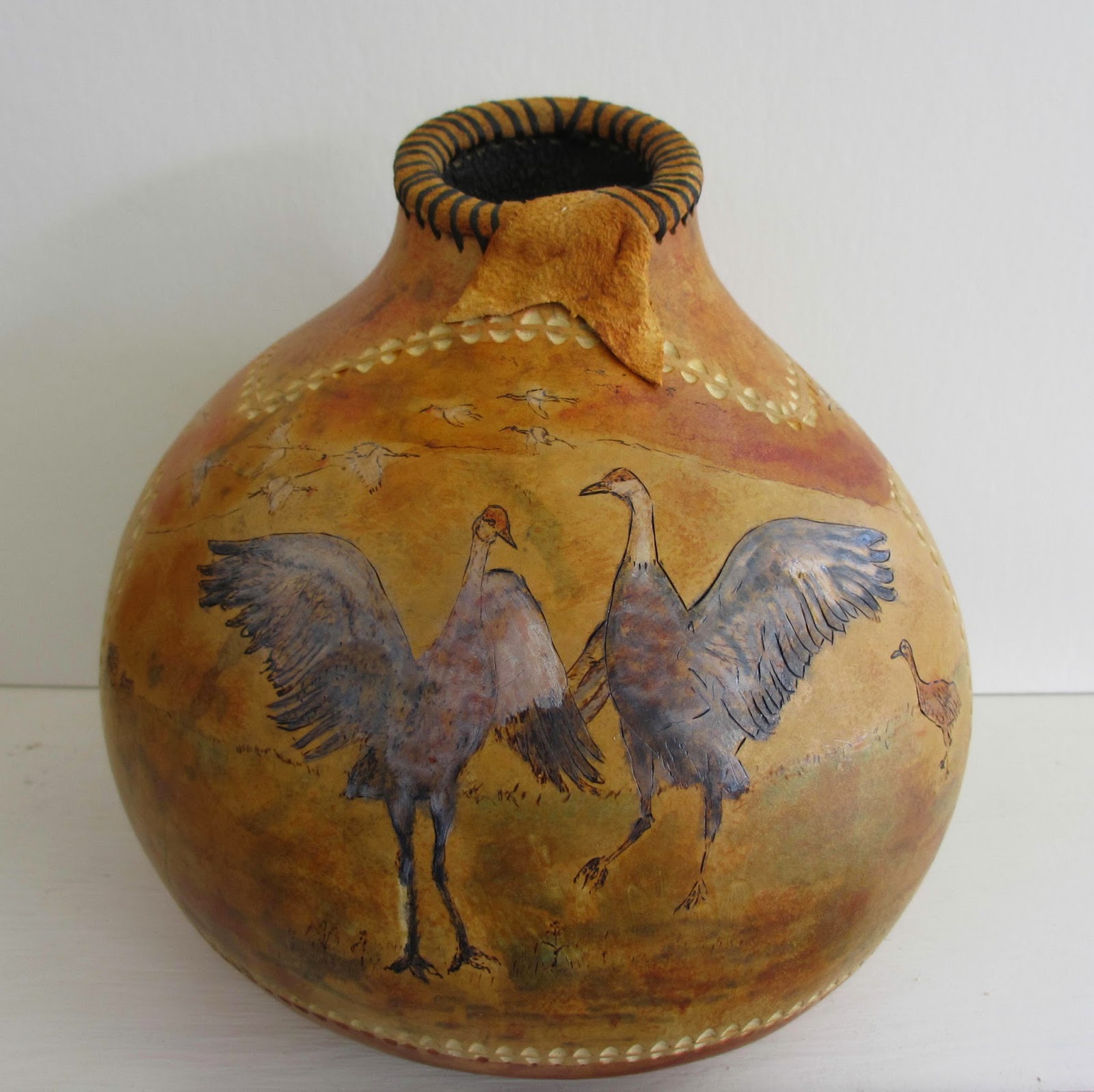 Posted by Carol Harper, Community Media at 6:36 AM No comments: