May at Gallery 10: Howard Rees

Gallery 10 is delighted to feature Howard Rees as Guest Artist for May!  Howard painted, taught and lived in Amador County for many years and his local ties bind him to Gold Country as a source for many of his amazing works of art.

Howard has spent 80 years doing what he loves best:  drawing, designing, painting, and sharing all he has learned through teaching.  Many local artists have Howard to thank for learning the skills required to successfully put paint to canvas or paper.

Howard was born and grew up in a small town in Central Utah. As a boy he drew cartoon characters, inspired by Disney characters like Donald Duck.  He continued, much to his teachers’ dismay, to putting drawings of cars along the borders of his classwork.  He was admired by his peers and became the “Go To” person for posters, theater backgrounds and pin-striping cars.

The intense desire to pursue art took Howard to the Los Angeles Art Center College of Design where he earned his BAFA.  From art school, Howard took a job in Detroit with Ford Motor Company, designing the ever-popular Mustang.  His work with Ford took him to England, where Howard began his love of Old World Atmosphere paintings, a love he continues to pursue today.

From Ford, Howard went to Mattel, where he spent many years designing the original Red Line Hot Wheels cars.  He continues his connection with Mattel by attending international conventions where fans gather to meet the designers of these extremely popular toy cars.

In 1975 Howard put his corporate life behind him and devoted all his time to learning the skills to become a Master Painter.  He traveled to Europe to study the Masters. He painted and taught painting. When he returned to California, he began his career as a Professional Painter of Western Watercolors, notably using the motif of Plains Indians, their ponies and tepees, for which he gained renown.

Howard was drawn to California Gold Country for painting landscapes, primarily en plein air, in both watercolor and oil.  He also loves spending time on the north coast, painting boats, harbors and seascapes.  He continues to share his love of and skill for painting landscapes and seascapes with groups who gather to learn from him, en plein air, outdoors in beautiful locations.

Howard has a collection of paintings to share with you during the month of May at Gallery 10, 15 Eureka St., Sutter Creek.  If you stop by the gallery on Saturday, May 1, 11-5, Howard will be delighted to share his work and his stories, (and his jokes) with you!  Although we continue to be cautious about groups gathering, Howard would love to visit with you.

The show will hang all during the month of May.  You are welcome and encouraged to see these beautiful works of art!  Gallery 10 is open Thursday-Monday, 11-5. 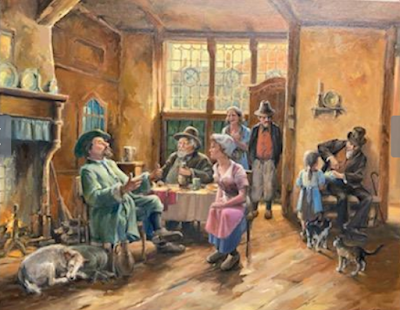 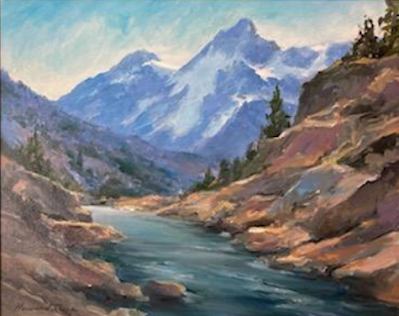 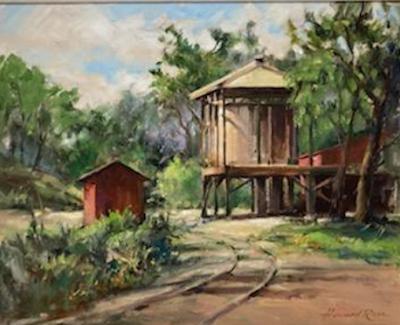 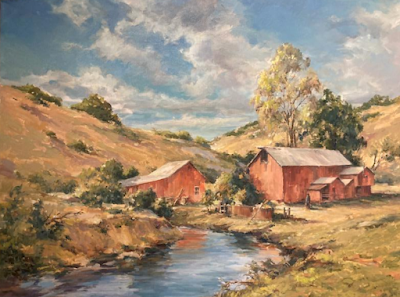 Posted by Carol Harper, Community Media at 11:09 AM